How to write your name in Japanese ! 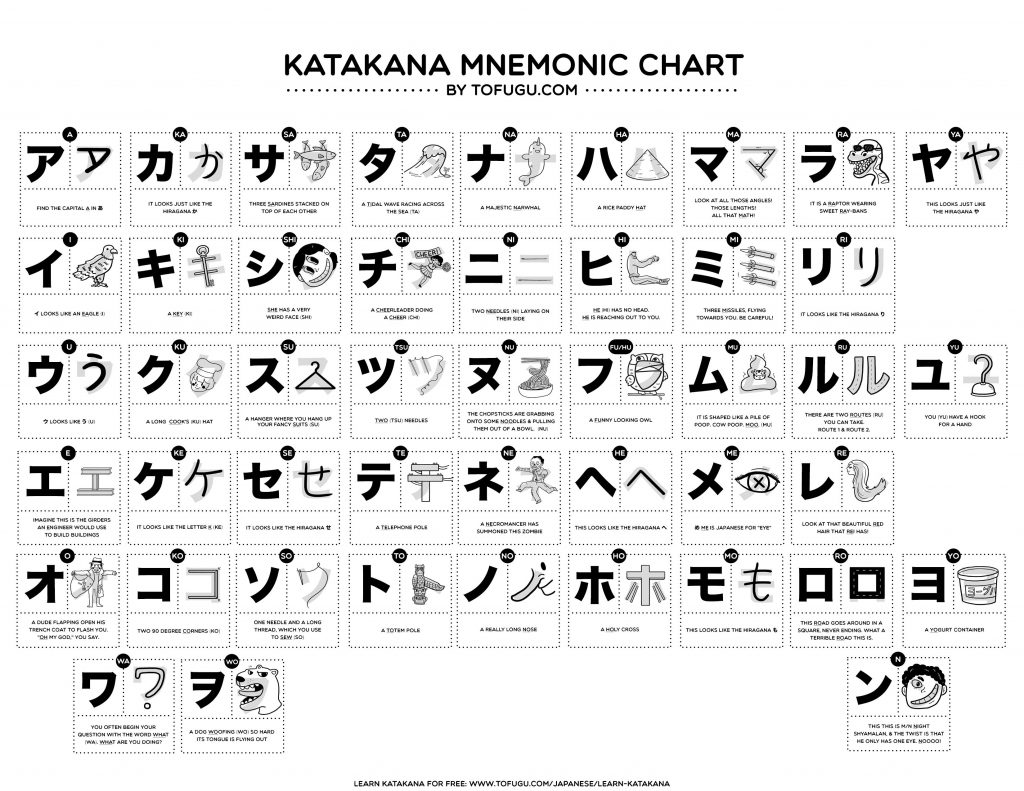 In modern Japanese, katakana is most often used for transcription of words from foreign languages (other than words historically imported from Chinese), called gairaigo.

For example, the United States is usually referred to as アメリカ Amerika, rather than in its ateji kanji spelling of 亜米利加 Amerika.

Katakana are also used for onomatopoeia, words used to represent sounds – for example, ピンポン (pinpon), the “ding-dong” sound of a doorbell.

Technical and scientific terms, such as the names of animal and plant species and minerals, are also commonly written in katakana.

Homo sapiens, as a species, is written ヒト (hito), rather than its kanji 人.

Katakana are also often (but not always) used for transcription of Japanese company names.

For example, Suzuki is written スズキ, and Toyota is written トヨタ. As these are common family names, Suzuki being the second most common in Japan, it helps distinguish company names from surnames in writing.

Words the writer wishes to emphasize in a sentence are also sometimes written in katakana, mirroring the European usage of italics.

Pre-World War II official documents mix katakana and kanji in the same way that hiragana and kanji are mixed in modern Japanese texts, that is, katakana were used for okurigana and particles such as wa or o.

Katakana were also used for telegrams in Japan before 1988, and for computer systems – before the introduction of multibyte characters – in the 1980s.

Most computers in that era used katakana instead of kanji or hiragana for output.

Although words borrowed from ancient Chinese are usually written in kanji, loanwords from modern Chinese dialects which are borrowed directly use katakana instead.