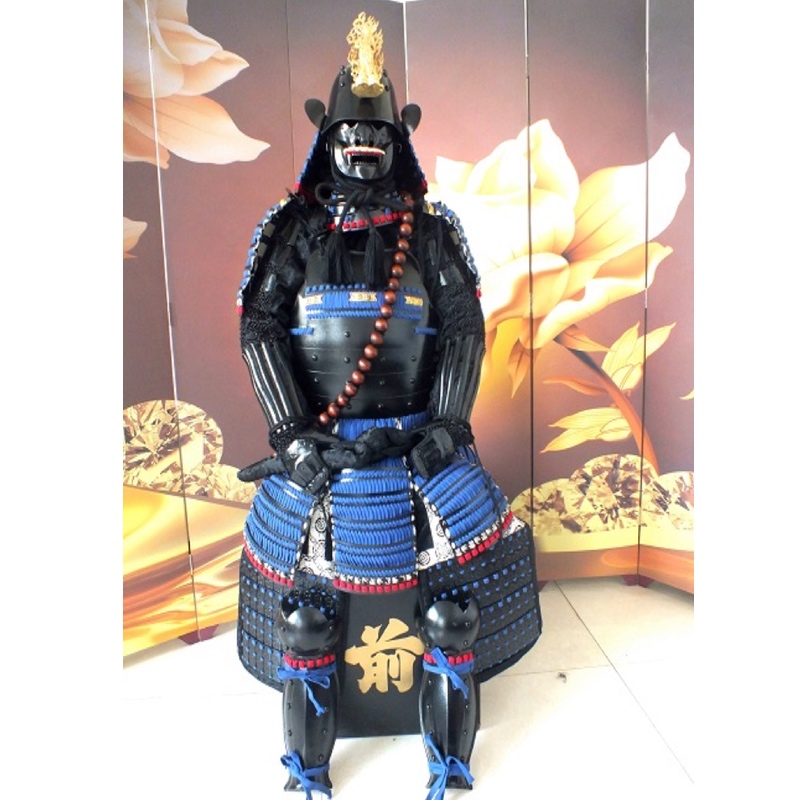 Bishamonten Samurai Armor is a reproduction of one of the gashira armor suits worn by the Daimyo Uesugi Kenshin who ruled Echigo Province in the Sengoku Period of Japan.

He was one of the many powerful lords of the Sengoku period.

He is famous for his prowess on the battlefield, his military expertise, his legendary rivalry with Takeda Shingen, and his belief in the Buddhist God of War – Bishamonten.

In fact, many of his followers and others believed him to be the avatar of Bishamonten, and called him Kenshin, the God of Warriors. 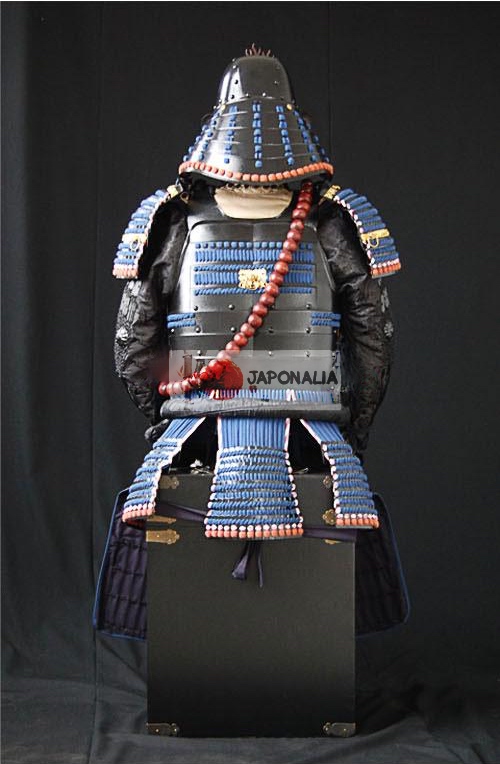 In an era of constant civil war, Kenshin’s military record was most notable.

He successfully engaged some of the most capable generals of his time including both Takeda Shingen and Oda Nobunaga.

Kenshin’s long-standing rivalry with Takeda Shingen, from the neighboring province of Kai, resulted in an epic series of battles between what turned out to be two evenly matched foes.

Later on, Kenshin was able to beat the larger forces of Oda Nobunaga and stall his attempt to take over Japan.

In 1578 at the age of 48, Kenshin died . Tradition holds that he was the victim of an assignation. According to the theory a ninja team infiltrated Kenshin’s castle.

One of the ninja was sacrificed as a diversion. He was discovered scaling the wall, an alarm was sounded, and the intruder was killed.

Unfortunately, that first assassin was a decoy. A second ninja on the team, who was very small in stature, successfully snuck into the compound during the confusion and concealed himself in the pit under Kenshin’s latrine.

The ninja hid under the latrine until Kenshin came to relieve himself and squatted over the opening.

At that point the assassin allegedly struck Kenshin a fatal blow from below. 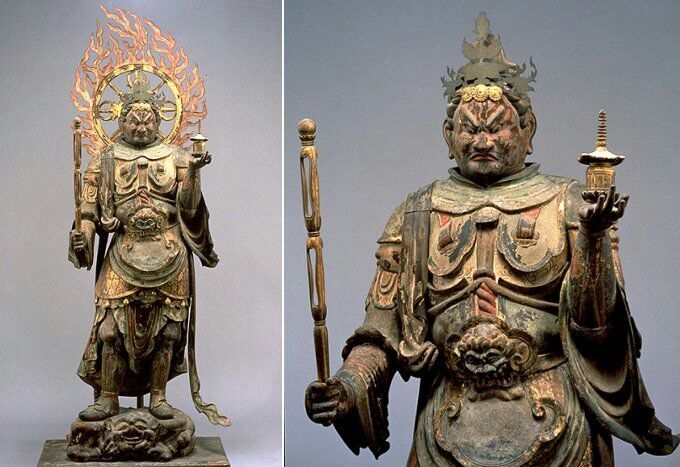 In Japanese mythology, Bishamonten or simply Bishamon is a God of War or a warrior, who fights against evildoers.

He is usually drawn or sculpted in a set of samurai armour and wields a spear in his right hand, while holding a pakoda in his left hand,

which according to Wikipedia symbolizes treasures he protects.

And I didn’t make a typo since in Japanese mythology Bishamon is actually quite a fearsome male.

Bishamonten’s statue is a common statue in Japanese temples and is usually located in a right corner.

These samurai armor suits are all handmade, these life sized, fully functional and completely authentic reproduction

Japanese Samurai Armor and helmets are made with authentic methods and materials only.

Every suit has been researched and made after private collection, museums or temples of the actual armor.

Each piece of armor is made specifically for re-enactors and private collectors that demand authenticity, detail and quality of materials. 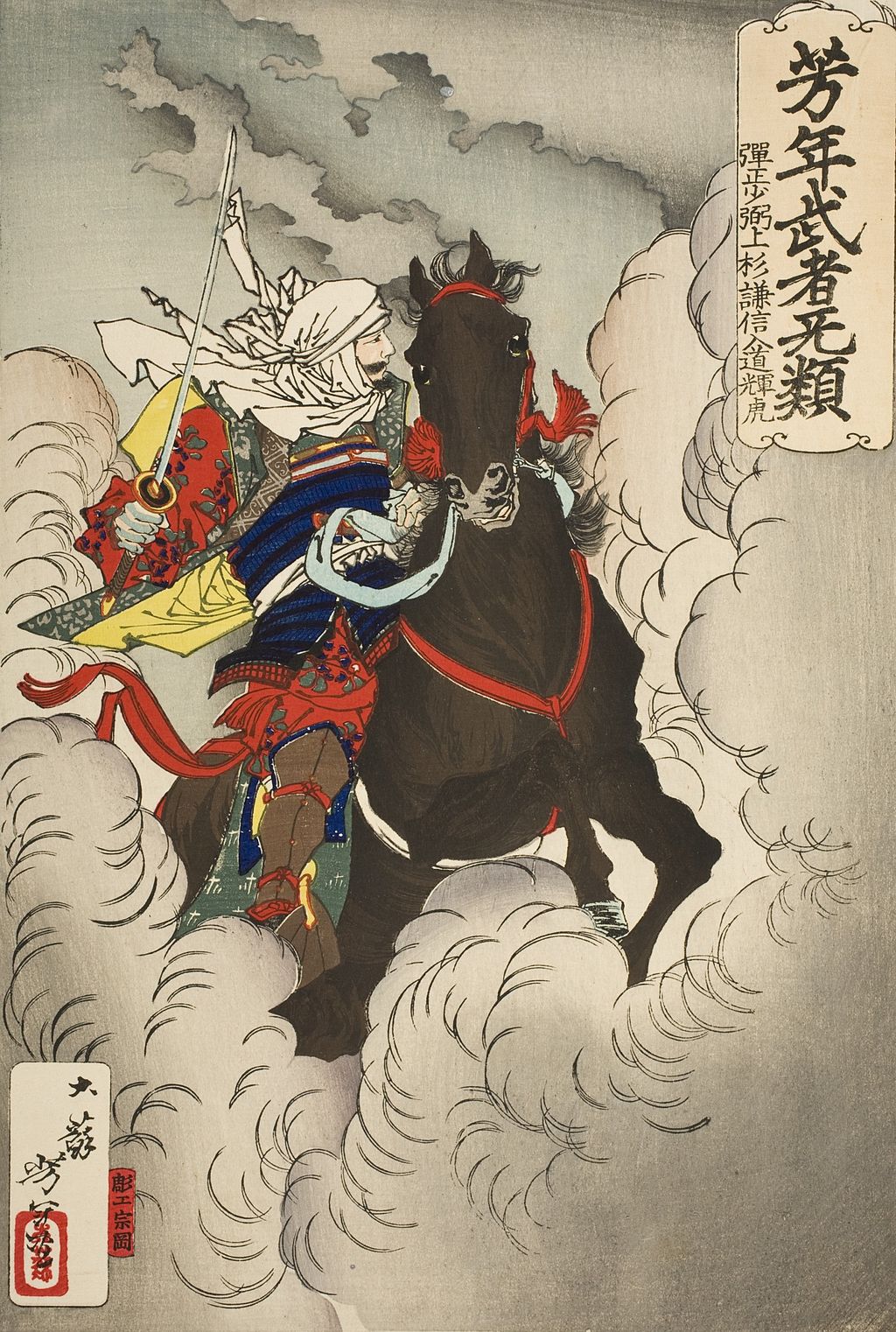